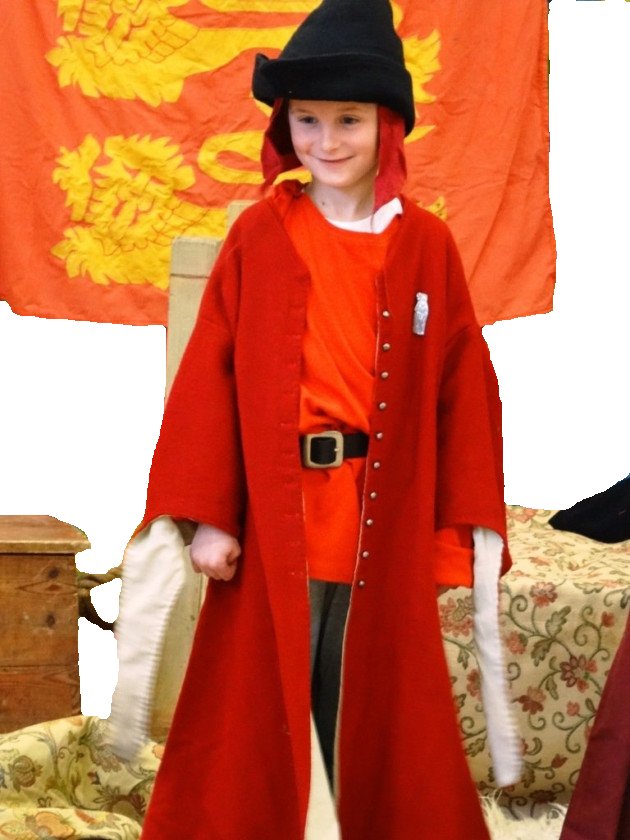 This page is intended to give you a feel of our Medieval Day for KS2. In preparation for each school visit, we will ensure that the structure of the day fits your needs and those of your pupils.

There are several variations possible for Medieval Day:

Magna Carta Day, with a focus on both the history of the 13th century and the British Value of democracy.

King Arthur Day, which looks at the beginnings of the legend of King Arthur and its flourishing in the medieval period.

1066 or Norman Day, with a focus on the changes to British society introduced by the Normans, including castle building, record keeping and food. The children will also explore and recreate the Battle of Hastings.

Please ask if you have another Medieval focus and we will build a day to suit.

If you are carrying out a Knights and Castles topic with EYFS or KS1 chidlren, you may prefer a day which allows very young children to make comparisions with 'now and then' and understand some of the main differences between their lives and the way poeple lived in the medieval past.

In this introductory session the whole group meets Lady Catherine, a noble woman who has been tasked with some housekeeping. During this presentation the children discover more about key events of the medieval period and learn about the clothes worn in these centuries. Throughout, comparisons are made with modern dress, in order to ground the learning in the children's own experience.

The children are then introduced to the main features of Lady Catherine's manor and are invited to help her there for the rest of the day.

Learning to be a Scribe

The children are introduced to the intricacies of ink making and the skill of cutting a quill. They then practice medieval handwrting and write a letter using a quill pen and ink.

The children familiarise themselves with foods available during the medieval period and identify some which arrived in our country for the first time during this period. They then learn some medieval manners and identify similarities with acceptable behaviour at today's tables. Finally the children plan a menu for thier own medieval banquet.

In this workshop, the children discover more about the elements of heraldry, perhaps learning some technical terms to describe a knight's arms. Finally the young knights design their own arms and create a knightly persona for themselves.

In this final section of the day, the children gather together and learn about the development of arms and armour. There are plenty of opportunites of trying on helments and handling swords. The main focus is the development over time, culminating in the arrangments of early plate armour.

We then round of the day outside, either carrying out some squire training and then re-enacting a battle from the period, such as the Battle of Hastings or the Battle of Bannockburn. Or we prepare for different elements of a tournament, including swordsmanship, jousting at the quintain or honing skills at archery.