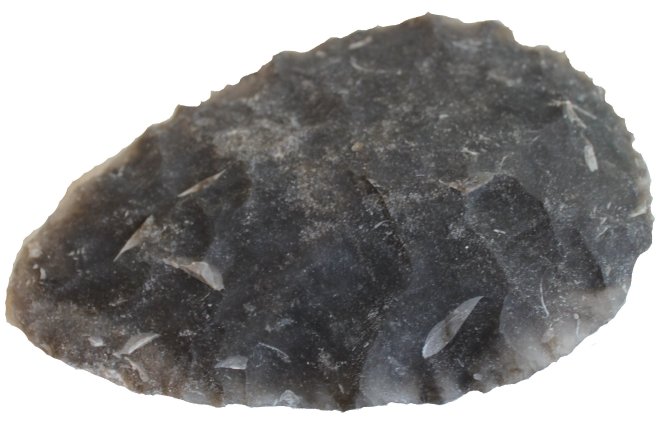 For children the biggest challenge, when studying this topic, is to begin to understand the chronology. The timescales involved are so vast that many adults find them difficult to comprehend. For children to be able to understand the gradual but steady progress of human achievement they must be enabled to track development of key skills and concepts (hunter-gathering, working stone tools, farming, metal working and social hierarchy and status).

It is believed that humans first came to Britain c900,000 - 1,000,000 years ago. Archaeologists have found evidence of Palaeolithic worked flint tools which date from this time. The Happisburgh scraper (pronounced Hayesborough), found in a cliff on the Norfolk coast, is currently our oldest evidence for human habitation of our island. The hand which made it belonged to an early human, homo antecessor.

In the ensuing 900,000 years a series of ice ages caused the raising and lowering of sea levels and therefore, for much of this time, Britain was connected to the European continent, allowing the migration of prey animals. The hunter-gatherers followed; homo heidelbergensis, homo neanderthalis and by c40,000BC, homo sapiens.

In 20,000BC the climate began to turn colder again and the last Ice Age began. As the ice sheet moved south homo sapiens, now Britain's only human inhabitants, moved to life sustaining zones further south. They did not return until c14,000BC. From this time on, Britain has been continually inhabited by humans and this return marked the start of the Mesolithic period.

We have some key evidence of human activity from this period: Cresswell Crags, Star Carr and the Howick house. The Mesolithic hunter-gatherers began hunting arctic-edge species. As the climate gradually improved, the tundra changed to birch wood, soon joined by oak and ash, and new species, such as deer and beaver, became prey foods. Hunting tools developed  and flint working technology improved. 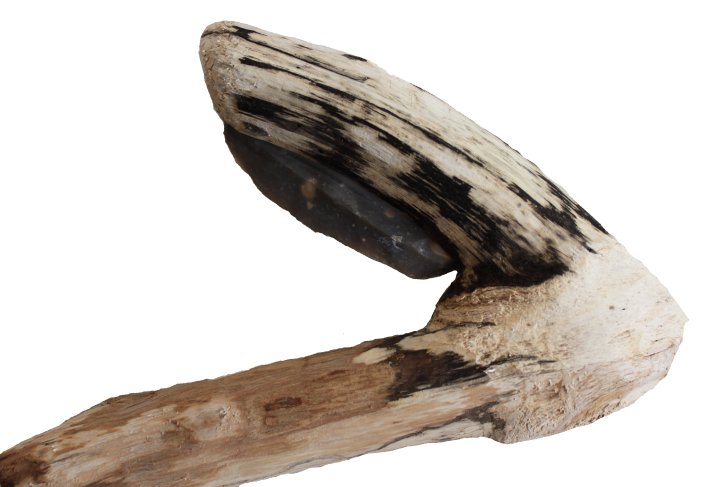 The Neolithic period (c4,000BC-2,500BC) was characterised by the development of farming and the ensuing settlement of people in one place to tend their crops. The Neolithic revolution was triggered by the arrival of 'farmers' from the continent, who then passed on their skills and knowledge to the resident hunter-gatherer population.

This period of new found connection with the land, began concepts of 'home' and ownership. Our ancestors also felt themselves involved the cycles of stars, sun and the seasons, with the probable genesis of the cycle of the year being the rebirth of the sun at the winter solstice, midwinter, the shortest day of the year. These new concepts and beliefs lead to some of the most remarkable social enterprises our country can boast: Neolithic Orkney, the burial mounds of the Boyne valley, West Kennet long barrow and of course Stonehenge. 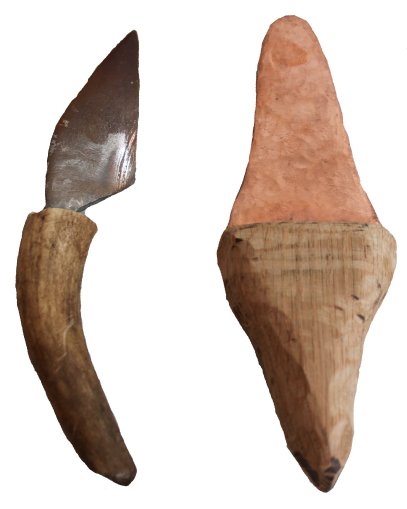 Around 2,500BC, new arrivals from the continent brought the knowledge of copper working. The Amesbury Archer, a man who was born and bred in the Alps, perhaps being in the vanguard of the masters of this new technology, which was passed on to resident farmers.

Britain was rich in metal deposits, which placed it at the centre of the new Bronze economy. the metal workers discovered that adding just 10% of tin to copper made it much stronger and less likely to bend under pressure. Tin deposits in Cornwall and copper deposits in Wales, led to an increase in trade across the channel, and bronze objects became status symbols, in a way which marked some men out above others.

The ownership of hard, bronze axes allowed faster clearance of forest and soon the landscape was sectioned with field boundaries, allowing movement and organisation of cattle as well as effective soil improvement for arable activities. 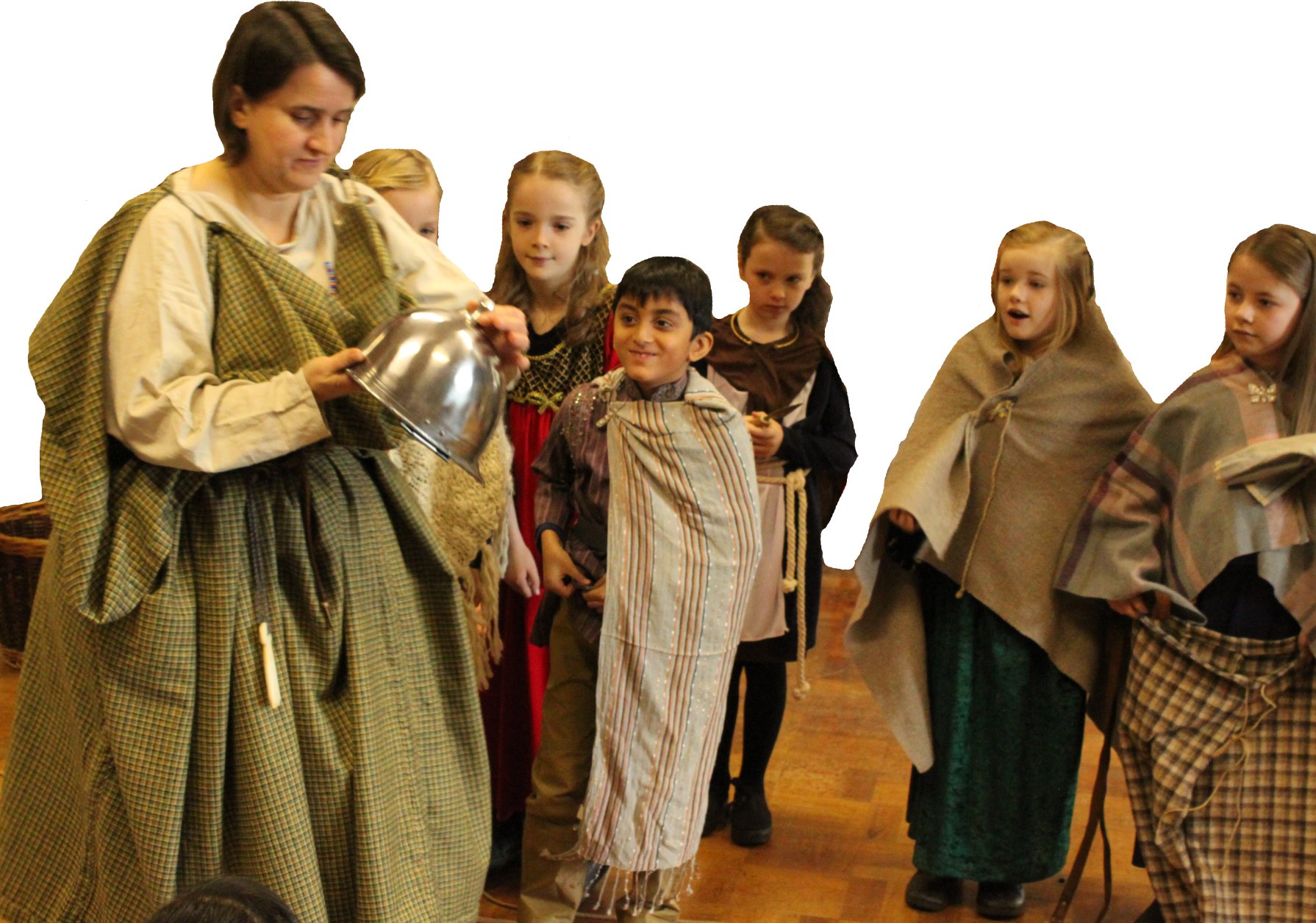 Prehistoric people did not identify themselves as living in the Iron Age, or any sort of 'age'. These distinctions have, of course been imposed by historians, in order to rationalise and order a rather messy picture. The Iron Age is a particular case in point, as although the first iron object found in Britain does date from around 750BC, iron did not become common place until nearer 500BC. Iron was a much more 'democratic' metal than bronze. It was comparably easy to source iron ore and therefore iron tools were well within the reach of the ordinary man. The most revolutionary use of iron was perhaps as tips for the 'ard' ploughs of the Iron Age farmer. This allowed for the faster requisition of woodland and the greater amount of food produced led to further population growth.

East Anglia has many prehistoric gems about which to boast. The Happisburgh (Norfolk) scraper, gives us the earliest evidence of human occupation in Britain. The Norfolk coast has also yielded the oldest human footprints outside Africa. We have some famous Bronze Age hoards, such as that found at Isleham (Cambs) and a type of Bronze Age sword named after finds in Wilburton (Cambs). Haddenham (Cambs) boasts one of the largest causewayed enclosures in the country, alongside an impressive Neolithic chambered barrow. However the jewels in our crown must be from the Bronze Age. We have the ritual track way discovered at Flag Fen, the 9 log boats from the Bronze Age stored there and, of course, the current, fascinating excavation at Must Farm. It seems as if this site will give up some of the most significant evidence ever found in Britain about Bronze Age life.